In the late 1950’s three young brothers, Barry, Robin and Maurice Gibb from the Redcliffe Peninsular formed a small band named The Bee Gees. They went on to become one of the world’s greatest recording artists, performing and writing some of pop music’s biggest hits.  Bee Gees Way was officially opened by Barry Gibb on September 11, 2015 and I have been meaning to swing by during one of our doggie days out at Moreton Bay ever since.

We parked down the road so that Amber and Indy could shake off some energy and have a toilet break before going into this beautiful space. I did not want to catch Indy having a little tinkle on one of the Gibb brother’s legs or even worse! 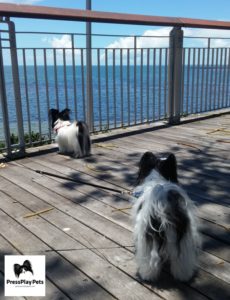 Time For A Stroll

Whether you are a diehard fan who knows everything and seen everything there is to know about the Bee Gee’s or you just enjoy their greatest hits; then you might like to pop on over to the Bee Gees Way at Redcliffe, Queensland it is a real treat. 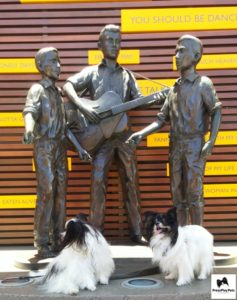 Set within a wide, long alley way I was surprised how much there was to see, read and listen to!  The HUGE memorial painting on one side is beautiful plus there is a large screen looping music video with their greatest hits. Amber and Indy actually seemed to enjoy it; I guess it was the music playing that kind of felt like home to them!

I have been told that there is a pretty impressive light display. I just might at night to get the full effect! 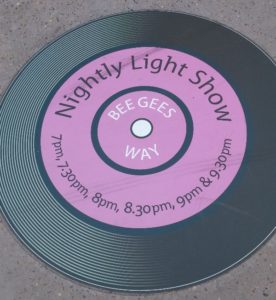 The Bee Gees Way is located between Redcliffe Parade and Sutton Street, Redcliffe. Entry is FREE and it is dog friendly (please remember to show your appreciation of another pet friendly destination, by keeping your pooch on lead & pick up after them). 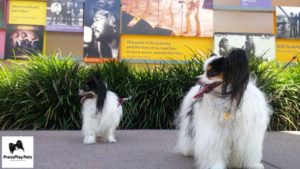