Drives In The Car Are So Worth It!

After a recommended break from driving anywhere, the time had come to start working on those tiny steps to ‘reprogram’ Indy’s feeling of dread as soon as we get into the car.  I had to help him get over his motion sickness.

Finally a number of days later the time had arrived.  It was D-Day!  Time to see if all our hard work with desensitization had worked, at least a little.  Feeling nervous for Indy, I thought I might give a couple of suggested natural remedies I had been told about a whirl.

In preparation for the big event, that morning Indy had a light breakfast. 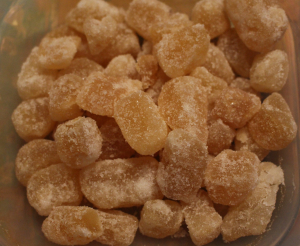 20 minutes before we were ready to leave, I also offered a tiny piece of Crystallized Ginger.  Indy spat it across the room as if to say ‘Are you trying to poison me’!  After a few unsuccessful attempts and even trying to coax Amber to ‘steal the yummy treat’ which she too promptly spat out across the room I figured…Next…. 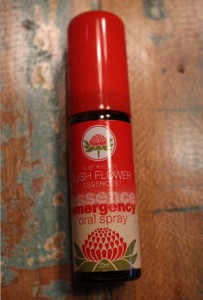 I had about the same amount of success with The Flower Essence Remedies!  Indy had tried this once before and I think it did help a little, however he remembers the bottle or more precisely the taste and he was having none of it.  Indy performed his very best impersonation of a contortionist.  I was just stressing him out so again I figured…Next… 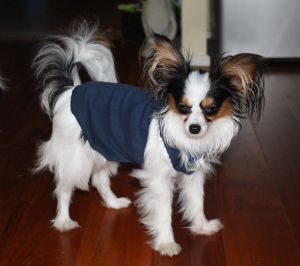 I popped on Indy’s baby singlet.  Total awwww factor right there.  Who cares it the singlet works or not, he looked too damn cute.

Clutching onto his blanket, favourite Minnie Mouse toy and a handful of liver treats we jump into the car. 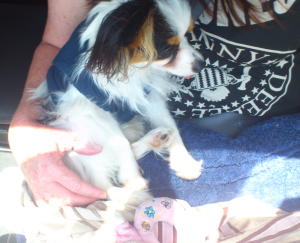 Not Feeling To Bad!

To my surprise and relief the drive went as well as I could have hoped.  Yes, he did have a short drool face moment and eventually vomited just as we got to our destination.  Still I was thrilled!  This was the best and longest time he had ever been in the car before feeling sick. 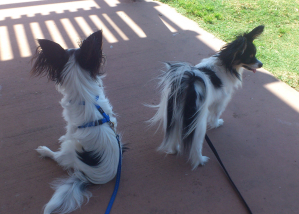 Made It Here Without Vomiting…Well Almost!

I am confident that without pushing him and going at the pace Indy needs, he will in time get to enjoy the feeling of jumping into the car and going for a drive!

Read About Treatment for Dogs With Motion Sickness