Take Care Of Your Best Mate – Snakes Are Found Everywhere

Spring is here and with temperatures already hitting the mid 30’s many Aussies have started their weekend get togethers that traditionally consist of a BBQ feast of some great Aussie tucker; Barramundi, fresh caught prawns, mud crab and a good steak.  You may even spot a decadent Pavlova or delish jam filled lamingtons.

But for your beloved dog or cat with the blistering heat comes hand in hand with a life threatening creature found in many suburban Aussie backyards.  Snakes!

Dog and cats are curious by nature and have a built in hunting instinct so it is not uncommon for them to cross paths with a snake.  At this time of year, even city dogs and cats can stumble upon a snake in their own backyard, parks, lakes and beaches. 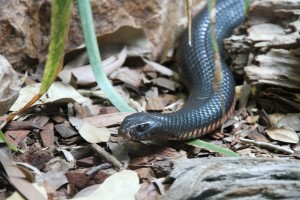 Australia has one of the largest numbers of most venomous snakes in the world:

Eastern Brown: Found throughout the eastern half of mainland Australia.
Fast moving, aggressive and known for their bad tempers they are responsible for more deaths in Australia than any other snake. Victims can collapse within minutes.

Western Brown: Found over most of mainland Australia. Excludes some wet areas of eastern Australia and south-western Western Australia.
Fast moving and nervous in temperament they are less aggressive than its eastern cousin. However still highly dangerous, delivering more venom then an Eastern Brown makes them part of the “most fatalities club” in Australia.

Mainland Tiger: Found along the south-eastern coast of Australia, from New South Wales and Victoria to Tasmania and the far corner of South Australia.
They inhabit highly populated areas along the east coast, including some metropolitan areas of Melbourne making them responsible for the second-highest number of bites in Australia.

Inland Taipan: Found in cracks and crevices in dry rocky areas where the Queensland, South Australia, New South Wales and Northern Territory borders meet.
Reclusive and rare it is unusual to stumble upon an Inland Taipan.  This snake makes the top 10 because of its highly toxic venom which is the most potent of any land snake in the world.  If bitten it has the potential to kill an adult human within 45 minutes. 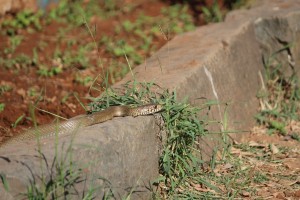 Snakes Are Often Found In Your Own Backyard!

Coastal Taipan: Found along the east coast from northern New South Wales to Brisbane and northern Western Australia, often in sugarcane fields.
Highly nervous and alert, they put up a fierce defence when surprised. They tend to ‘freeze’ seconds before lunging forward to inflict multiple lightning-fast bites. Equipped with the longest fangs of any Australian snake (13mm) and with the 3rd most toxic venom of any land snakes death can occur within 30 mins.

Mulga: Found throughout Australia, except in Victoria, Tasmania and the most southern parts of Western Australia.
Usually shy and quiet (with exception to the northern specimens which tend to be more agitated if disturbed, even throwing their heads from side to side and hissing loudly). They do have a knack of ‘holding on’ with a ‘chewing’ effect whilst delivering the greatest amount of venom in one hit.

Copperhead: Found in south-eastern Australia, southern Victoria, Tasmania and the islands of Bass Strait.
Shy and prefers to avoid humans. They live in populated and agricultural areas and if cornered, they will flatten their bodies, while hissing and trashing about.  They are very slow to escalate to a bite.

Small-Eyed: Found widely distributed along the east coast, from Victoria to Cape York.
A secretive night dweller; not much is known about its toxicity with only one known fatality.

Death Adder: Found eastern Australia (except the far north and south), southern South Australia and Western Australia.
They are ambush predators which makes them a high bite risk to bush-walkers.  Unlike other snakes they do not retreat when they hear someone coming. They tend to only bite when touched.

Red-Bellied: Found throughout the east coast (though not to Tasmania) and slightly into south-eastern South Australia.
Not known for being aggressive, they will escape from humans if possible. When threatened will flatten their bodies and hiss loudly. Less venomous than many other Australian snakes, but you are more likely to come across them in built-up areas. 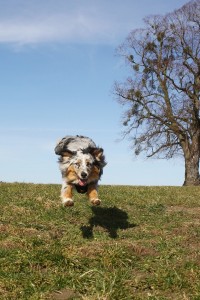 How to reduce your pet’s risk of a snake bike:

When taking your dog for a walk, keep him in on a short leash, particularly near bushland and water. This will stop him from racing off ahead and stepping onto an unsuspecting snake.  Cats by nature will stalk anything that moves.  Try keeping your cat indoors or in a cat run during the summer months is ideal.

It is much more difficult dealing with potential snakes in your own backyard as many dogs and cats spend most of their time outside during the day.  Try keeping your backyard clear of long grass, leaf matter and remove any piles of rubbish will help to reduce the number of hiding spots for snakes to reside in.

If your pet has been bitten by a snake, they may commonly show some or all of the following signs:

What To Do If You Pet Has Been Bitten:

If your pet is bitten DO NOT try to catch or kill the snake, all Australian snakes are protected and you may even be bitten yourself which will not help much when you are trying to rush off to the vet. If you do see the snake; make a mental note of its colour, appearance and size.

Do not bleed your pet. This is a common myth which will only distress your dog and increase his heart rate which in turn will increase the rate the venom passes through his system.

Dog and cats are most often bitten around the head and limbs. Generally the closer the bite is to the heart the quicker the venom will be absorbed into the pets system.  Snakes are at their deadliest when first emerging from hibernation (Spring and early Summer) and depending on the length of time since the snake last struck.

You should immobilise your pet and try to keep him as quiet as possible. It is vital that you take your pet immediately and as quickly as possible to a veterinarian.  The sooner treated is commenced, the better their chances of survival.

Important Notes: Some dogs will briefly show signs of recovery from a snake bite only to suffer a total collapse. Do not delay getting to a veterinarian. A previous snake bite does not create immunity to future snake bites.  The snake Antivenin is not a vaccination or preventative medication and it does not protect your pet in future from further envenomation from a snake.

Who Should I Call If I Want A Snake Removed From My Backyard or Home?

Below is a list of Government numbers to call for a licensed reptile handler to remove the snake from your property: 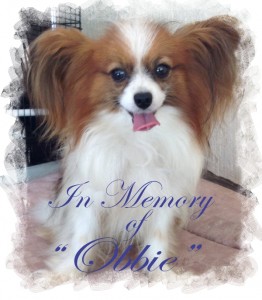 Author Bio: Nikki is pack leader at Pressplay Pets, a blog for the modern age pet parent interested in health & care, news, reviews & personal accounts of unconditional love & at times heartfelt pain of pet parenting. She is also proud mum to cute and cheeky Papillons ‘Amber’ and ‘Indy’ and one crazy Rainbow Lorikeet named ‘Ralph’! Follow from Facebook and Twitter.