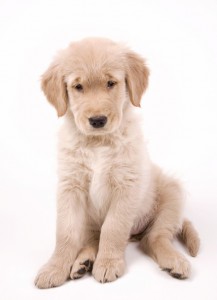 •    Dogs sweat from the pads of their paws
•    Dog get cool by panting
•    Dogs kick their back legs after going to the toilet because they have scent glands on their paws, they are trying to mark their territory
•    Dogs have about 100 different facial expressions, most of them made with the ears
•    Dogs have about 10 vocal sounds
•    There are more than 200 different breeds of dogs
•    Dogs curl up in a ball when they sleep due to an age-old instinct to keep themselves warm  and protect their abdomen and vital organs from predators
•    Dogs can see in the dark!  This is because they have a very special membrane in their eye called ‘tapetum lucidum’
•    Dogs do not see in Black and White like first thought; they can see blue, yellow, green and grey.  However they are colour blind to red & green.  The reds & green look like beige
•    Dogs sense of smell is 100 million times better than humans
•    Dog were one of the first animals domesticated by humans, more than 10,000 years ago
•    Did you know that there is a rare dog breed originating from Inca tribe in Peru called ‘Xoloitzcuintle’?  (Pronounced:  So – low – EETS – kweenT  – lee) 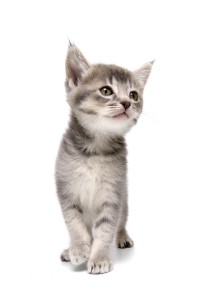 •    Cats do not have sweat glands at all
•    A cat cannot chew large chunks of food.  This is because they cannot move their jaw sideways
•    Cats have over 100 vocal sounds
•    Each cat’s nose pad has a unique pattern, just like a human fingerprint
•    Cats have five toes on each front paw, but only four toes on each back paw
•    Cats’ have more than 230 bones (a human has only 206).
•    A cats’ pelvis and shoulders are loosely attached to the spine, this makes them very flexible to fit through small spaces
•    On average a cat spend 2/3 of every day sleeping.  That means a 9 years old cat has been awake for only 3 years of its life
•    Cats have better memories than dogs. A dog’s memory lasts no more than 5 minutes while a cat’s can last as long as 16 hours.  That’s even better then monkeys and orang-utans!
•    A cat’s brain is biologically more similar to a human brain than it is to a dog’s.  Both humans and cats have identical regions in their brains that are responsible for emotions 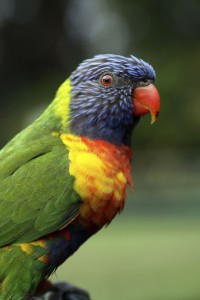 •    There are around 10000 different species of birds worldwide
•    The smallest bird egg belongs to the hummingbird and is the size of a pea.  The largest bird egg, from which the ostrich hatches, is the size of a grapefruit
•    Kiwis are endangered, flightless birds that live in New Zealand. They lay the largest eggs relative to their body size of any bird in the world
•    Kiwi birds are blind, so they hunt by smell
•    Scientists believe that birds evolved from theropod dinosaurs
•    Birds have hollow bones which help them fly
•    Some bird species are intelligent enough to create and use tools
•    The chicken is the most common species of bird found in the world
•    Hummingbirds can fly backwards
•    A group of larks is called an exaltation, a group of chickens is called a peep, a group of geese is called a gaggle, a group of ravens is called a murder, and a group of owls is called a parliament
•    Mockingbirds can imitate many sounds, from a squeaking door to a cat meowing
•    Homing pigeons are bred to find their way home from long distances away and have been used for thousands of years to carry messages