I have mentioned before how Amber is a dream to bath.  She may have clued onto bath-time and might not be quite as keen as before, however she still stands patiently throughout the entire process, without so much of a whimper.  She is a total Princess!

Indy’s first bath was a bit of a giggle.  I know they say you should not laugh, but with his usual crazy coat now flattened tightly against his tiny body and ears that now look extra huge (Yes, who would have thought that was possible!) it was hard not to let out just a small chuckle.  I think he knew though we were having a little giggle at his expense! 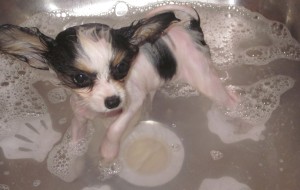 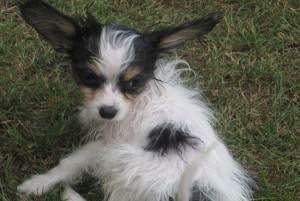 Lucky for Indy, Amber has already set the rules where ‘Blow dries are only necessary when it is raining or cold’.  Indy got to run feral in the backyard with his big sister to dry off!  Run feral they did! 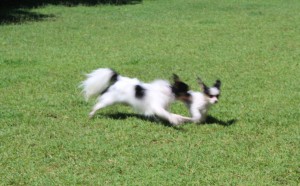 Amber Speeds Up The Drying Process!

Between the flipping, flopping and face skid outs on the grass, a spot of tug-a-war and some serious zoomies – they were dry in minutes!  Amazing! 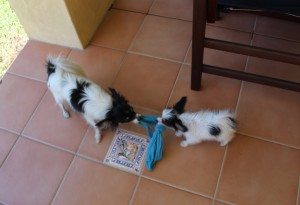 There Is Always Time For Another Tug-A-War!

As I admired my “spa treatment” efforts and considered how it is always worth the time and effort taken as they both smell really good and are so white, bright and fluffy! 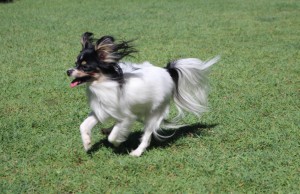 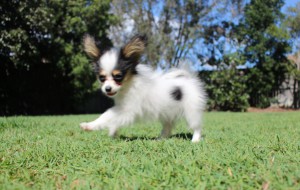 Indy Shows Off His Moves Too!

Only to discover cheeky Indy digging a hole and shoving his entire face in the dirt.  He is such a boy! 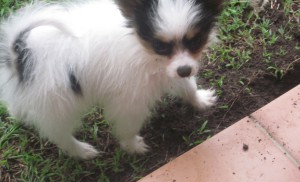 Busted Digging A Hole AFTER His Bath!