Along Came A Little Indian!

Wish Upon A Butterfly!

According to American Indian Legend, “If anyone desires a wish to come true they must first capture a butterfly and whisper that wish to it”.

I feel extremely blessed to have Amber in my life and have enjoyed every minute watching her transform from a tiny puppy into a sweet natured beautiful butterfly.   I knew that now was a perfect time to introduce a little brother and hopefully new best friend into Amber’s world. 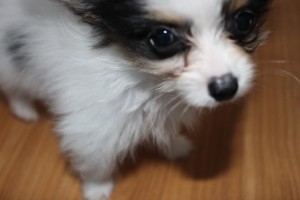 Amber and Indy had a meet and greet that went really well.  It was so entertaining to watch the two of them.  Not only do they look strikingly similar in markings, thankfully Indy’s white blaze is a handy point of different for most to tell them apart.  They also have a very similar play style.  Which is great for Amber as she is not much of a rough and tumble kind of girl.  She is more of a tug-a-war, chase me I chase you kind of girl. 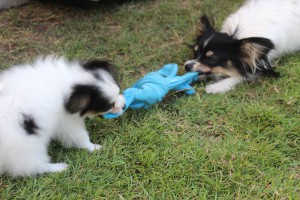 The first couple of days Amber took little Indy under her wing and showed him around room by room and every inch of the backyard.  By the third day, Amber decided that this fur pulling, razor wire toothed puppy also needed to be taught what was acceptable by her terms.

Amber put on her big girl bossy britches!  Growling and pushing him away when he became too much of a nuisance and sometimes just when she felt like it.  The last thing I wanted was it to escalate into more, so I have been closely supervising the two of them together. 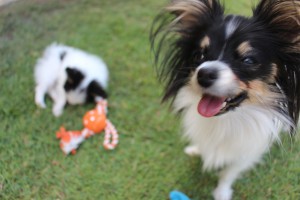 Indy has become Amber’s shadow following her everywhere and mimicking every gesture that Amber does.  He tries with all his might to get as close to her as possible climbing into her bed and attempting to snuggle; Amber is not quite at that point of acceptance in this relationship.  She is happy to have him trot along next to her and when they do, side by side like Velcro, Indy quite literally becomes camouflaged against Amber’s coat! 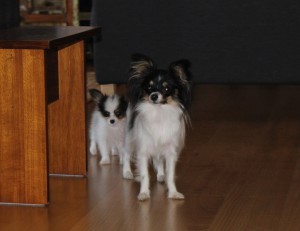 As each day closes I reflect on the accomplishments both Amber and Indy have made.  Amber with her ever expanding tolerance levels and to Indy quickly adapting and learning the acceptable “rules of the road”. 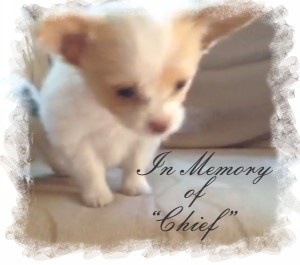