Autoimmune Disease…Are We Causing Them?

Ok, firstly let’s clear up the confusion between Autoimmune Diseases and AIDS.  The term “Autoimmune disease” Abbreviation AID for (A)uto (I)mmune (D)isease) is often confused with AIDS (A)cquired (I)mmune (D)eficiency (S)yndrome which is a completely different disease – nothing to do with Autoimmune Disease.

What is an Autoimmune Disease?  In a nutshell, your dog or cat’s body (including your own for that matter) has a defence network of white blood cells, antibodies, and other substances that fight off infection and foreign proteins. They are supposed to recognise the difference between good from bad.  When your pets body acquires an ‘Autoimmune Disease’ it loses the ability to recognise the difference and begins to attack and reject the body’s own tissue as foreign.  It has a kind of system failure.

There are many different auto-immune disorders, some more common then others, they all however share one thing – an immune system gone terribly wrong. Early signs that your pet may present with could be intense soreness in certain parts of the body, itchy, flaky skin, inflamed ears, excessive licking of the front paws, swelling of the toes and sores on the body.

Some of these diseases are now thought to be linked to or triggered by (in the case of genetic pre-disposition) vaccinations.  Others blame environmental pollutants or food preservatives such as ethoxyquin, an antioxidant found in most pet foods.

While a lot can be said about the importance of Canine/Feline vaccinations and the role they play in protecting the health of our pets.  Not many pet owners are informed of the risks taken each time their pet trots off to the vet for their annual vaccinations. If people were appropriately informed then they can make the best decision on their pet’s health. The risk is not so much that you vaccinate, but rather what you are vaccinating for and how often.  It is believed that a reduction of the number and frequency of vaccinations would greatly reduce vaccine reactions.

Most vaccines (including our human kind) have a life span in an adult pet anywhere from 7 years to a life time.  We don’t have an annual Tetnus shot, research has proven that we only require one every 5-10 years. Which begs the question, are we over vaccinating our pets to help support the vets annual revenue or simply not enough study has been undertaken on the side effects of vaccines on our beloved pets?

Understandably, this is quite a debate which greatly affects all financially affected parties from vaccine developers to veterinary practices,.  Australia represents one of the highest ownership of pets in the world with 63% of the 7.5 million households bringing a furry family member into their lives. 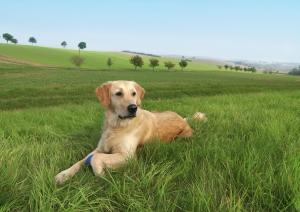