There are a lot of amazing movies on dogs which are so cute that they will make you fall in even more love with your best friend. For all fans of the genre, that want to see dogs starring in movies, the following are the 5 must-watch movies that are bound to raise goose bumps on the back of your neck. Gear up dog lovers! 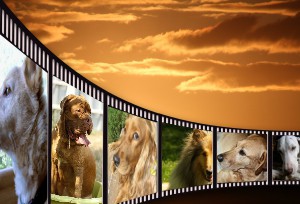 Which Is Your Favourite?

For a person who also loves classic movies, Old Yeller is the perfect choice. Released in 1957, Old Yeller is a sentimental tear jerker comprising of mixed emotions from happiness to sadness, hatred to love, loyalty to sympathy and attachment.

It is a true family movie that shows how a dog takes care of his master, Arliss (Kevin Corcoran), and makes place in the hearts of other family members. He wins the hearts of through his loyalty and care. Later, Yeller (the dog) is unfortunately attacked by a wolf and gets infected. This led the brothers to take a decision they had never even dreamt of. This movie depicts the heroic character of Yeller, and makes us understand how at one time or another in life we have to do whatever is best for our loved ones. No matter how much it hurts.

This masterpiece was a big hit and is one of the most acclaimed dog movies ever.

Lassie is a great movie about a dog that initially was homeless. But later on, she finds a family to live with. She is loved by every member of the family. Lassie was first released in 1994, followed by its new updated version in 2005.

Lassie loves her family and went through many incidents to protect them. This fun-filled classic movie shows you the tales of the great bravery of Lassie, courage she exhibits to take care of her family and be with them. Moreover, when the family had to give up Lassie due to their financial problems, Lassie once again, goes through so much to get back home.

This is not it! There is so much more to add to the fun this movie offers.

Lady and the Tramp, released in 1955, is a classic children’s movie that stars two dogs, Lady and Tramp.

Lady spent a lavish life as part of a happy family while Tramp grew up on the streets. This movie revolves around how two can fall in love despite obvious differences. Lady was forced to live outside the house when a baby was born in the family. This is when she fell for Tramp because he helped her. She began to trust him and this is when Lady and Tramp fell in love with each other.

For those dog lovers that want to enjoy a sweet tale of two dogs in love, Lady and the Tramp is the perfect watch.

Considered to be one of Disney’s most famous movies, 101 Dalmatians was first released in 1961.

This movie is the perfect embodiment of bravery and chivalry shown by animals that ganged up to rescue a group of puppies. The movie circulates around the plot that a fashion designer wanted to make Dalmatian fur coats and decided to dognap puppies owned by her best friend. After the dogs were stolen, the owners of the puppies and other animals planned a rescue to save the puppies from the clutches of the fashion designer.

Revolving around heroism and bravery, 101 Dalmatians is a movie that will captivate your minds and hearts forever.

Turner and Hooch is an exceptional film of a dog that tries to help an investigator solve a crime he witnessed. The dog’s master was murdered and Hooch (dog) was the only witness of this brutal scene.

Turner and Hooch was released in 1989. The movie is not only bound to win the hearts of dog lovers, but also of those that are willing to be awed by the intelligence of Hooch in avenging his master.

You are sure to appreciate your dog’s intelligence even more after watching this. 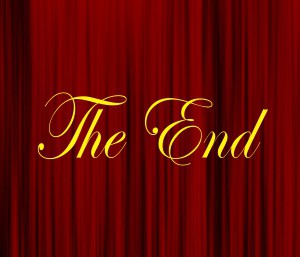 Do You Have A Favourite Ending?